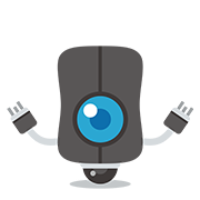 Regarding scalability and performance of ARGOS Lowcode solution

Title: Regarding scalability and performance of ARGOS Low-code solution

Q. Are there any restrictions such as one bot execution at the same time in one environment? Should I think that performance depends on server performance? If the number of bots increases, will it be solved by increasing the CPU and memory of the VM?

A.  PAM runs the bot via the OS. Execution of multiple bots on one PAM (on the OS) is usually sequential. As an exception, you can run multiple bots at the same time if you have designed a bot group that consists only of background tools and has no OS resource conflicts. In this case, PAM itself does not have a management function such as "Avoid OS resource contention and execute bots simultaneously in multiples", so resource control for simultaneous execution should be performed by bot design. As you can see, performance is completely dependent on environmental resource.

Click here to find out more about a requirement specification for the normal operating environment, However we recommend you to have enough memory to improve the performance of bot execution. Also, when the number of bots increases, we usually increase the number of VM.